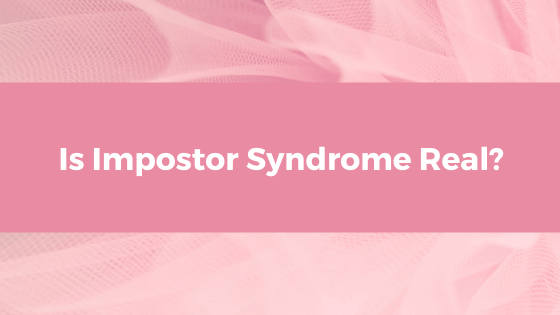 Impostor syndrome seems like a buzzword of the moment, but is impostor syndrome real?   While it has not been identified as a formal disorder, it is genuine and has very significant implications for those who deal with it.

It’s so real that evidence suggests that 70% of the U.S. population deals with the syndrome at some point in their lives.

What is it though?

Impostor syndrome is the pervasive feeling of fraudulence and self-doubt even when there is evidence to the contrary. It tends to present itself among intelligent and accomplished individuals and can present itself, particularly after a notable accomplishment (i.e., receiving a promotion, winning an award, or achieving public acclaim).

Impostor syndrome can impact men and women from every demographic, though women and minorities tend to experience the syndrome more and more severely.

The primary and most basic fear of people with impostor syndrome is that they will be discovered as the frauds they believe themselves to be. Despite high achievement levels, they attribute their success to luck rather than their work or effort. Thus, there is an ever-present fear that one day people will see them as fake.

This fear tends to drive their behaviour. It means passing up opportunities for some because of the fear of failing and being exposed, which outweighs the potential positive outcome. For others, the fear of being exposed leads the individual to work extremely hard so that they aren’t exposed.

How To Spot Imposter Syndrome

We can also spot impostor syndrome in typical behaviour such as perfectionism and over-working. But, again, avoiding exposure often leads those with impostor syndrome to obsess over doing whatever is necessary to succeed.

Often, they spend an unhealthy amount of time and energy on projects to ensure they meet unreasonably high standards. This can lead to high levels of:

Also, highly common is the inability to accept praise or compliments. Whereas some people downplay praise as a means of false modesty, those with impostor syndrome genuinely do not believe they deserve the recognition they receive.

This will lead to offsetting or even completely ignoring the compliment/praise to rectify this internal imbalance. The success achieved is rarely, if ever, attributed to their efforts. Therefore, they cannot receive any praise that suggests they played any role in the outcome.