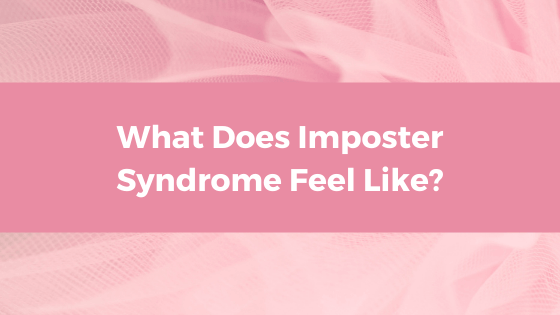 Imposter syndrome is the faulty belief system a person holds whereby they doubt their abilities. This happens even in the face of external evidence that proves otherwise. This persistent and ever-present belief can be crippling in life and relationships.

As first described by Georgia State University psychologists Dr Clance and Dr Imes in 1978, this syndrome is generally noted among high-achieving professional and pre-professional individuals (both men and women). This makes the syndrome a paradox in that the individuals struggling with inadequacy are typically high achieving by all objective measures.

Imposter syndrome typically feels like an overwhelming sense of inadequacy and being undeserving.  Those plagued by imposter syndrome often feel as if they are “faking it” and on the verge of being found out. They believe the success they have is not deserved as a result of this. They fear being exposed for the fakes they feel they are. These people battle to prove they are worthy of where they are by overachieving.

Feeling As Though Failure Is Not An Option

Imposter syndrome can also leave people feeling as though failure is not an option.  Although one is always on the verge of being exposed due to the overarching idea, the need to be perfect and succeed drives people with this condition. It is believed that if one does everything perfectly, others will not find out they are not who they seem to be. Thus, perfectionism tends to coincide frequently with imposter syndrome.

The Feeling of Not Being Enough

This means they often cannot accept praise as being a genuine compliment. Instead, they perceive it as a result of someone simply being nice, recognizing their charm versus their actual ability. Otherwise, they may try to find ways/reasons to invalidate the compliment altogether.

Those dealing with imposter syndrome can be plagued by massive amounts of stress and anxiety, which work negatively against their mental health and wellness.

The constant pressure of trying to reach unrealistic standards and continually overworking can lead to:

In addition, high levels of stress can negatively impact physical health over time.